Challenges for Women at the Workplace 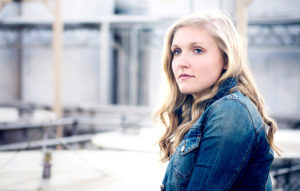 There is a notion that the society is binding. If you subscribe to that notion, it could be stretched to state that it has been more binding on women than men. Women have been trying to break from these chains but somehow or the other, they are pulled back every now and then. It will be safe to state that, in this modern world where everyone is vocal about equality between men and women, a thin line of discrimination still exists which resides under pretentiousness of people.

This article aims to throw some light over the challenges women face at the workplace and propose the solutions for the same.

We have heard about this discrimination for a long time, but it seems to exist for sure. Despite the continued efforts of activists and policymakers, gender equality is still a pipe dream.

Gender pay gap is the difference between the average remuneration received by working men and women.  In 2020, research by PayScale says that women earn 81 percent for every dollar earned by men in Unites States. According to the latest World Economic Forum’s (WEF) Global Gender Gap Report 2018, India ranked 108th out of 149 countries on the gender gap index. The list was topped by Iceland for the 10th consecutive year, having closed more than 85.8% of its overall gender gap.

According to the Monster Salary Index (MSI) published in March 2019, women in the country earn 19% less than men. The survey revealed that the median gross hourly salary for men in India in 2018 was ₹242.49, while it was ₹196.3 for women, meaning men earned ₹46.19 more than women.

The reasons for gender pay gap are many – varying from education to culture. Girl children are sometimes kept out of schools or made to drop out of schools early. In some families, married women are not allowed to work or some have to leave their jobs due to pregnancy and the need to raise kids. All these factors affect women’s work life and make them fall behind men in their careers, thus leading to the gender pay gap.

Now that we know about this problem, let’s see the solutions. While we wait for the world to be fairer, here are five practical ways that how an average lady can overcome gender pay gap.

If you are a woman looking for a pay raise, then learn how to ask for more. Be confident and develop good negotiation skills. Of course, you need to own up challenging tasks and keep handy relevant data on how your job made an impact to the organization.

2. Make effective use of social media

Social media is a powerful weapon in raising awareness and making people sensitive about this issue. Share your ideas and thoughts about it and see it becoming a movement.

3. Be aware of salary trends

Be aware about the industry data on salaries for your role and base your demands accordingly. Glassdoor and PayScale are useful sources of data.

Gender pay gaps widens with time. One of the ways to fight it is to seek out higher roles and fast track your career.

Women who are at a higher rung in the ladder of success are an inspiration for all. Learn from their life story that how they managed their work and life. There are numerous such stories for you from which to get inspiration.

Here comes the most difficult challenge for women in their workplace. The #MeToo movement brought out numerous cases of women facing sexual and non-sexual harassment in the workplace. This harassment could range from verbal abuse, eve-teasing to visual or non-verbal harassment. The Women in the Workplace report found that 35% of women in full time corporate sector jobs have experienced sexual harassment. Another study by EEOC estimates that 75% of women who are subject to such hostile situations will not report their harassment,  especially when the abuser is someone in a senior position, in the fear of getting fired.

There are few behavioural changes which could prevent this issue. Some of them are,

Women as well as all the organisations should focus on this issue and should proactively plan and take concrete steps for its prevention and justice.

Struggle to Get a Leadership Position

Women bring diverse physical, mental and emotional experiences to the organisations that they work in which often give them an edge over men as a leader. Therefore, it’s just the matter of realizing these strengths and that any woman can under the right circumstances become a strong leader.

However, there are a lot of hurdles to fight in this topic including the fact that a lot of men feel threatened by their female bosses. In recorded Gallup polls since the 1950s, the number of respondents saying they would prefer working for a woman has never exceeded 25%. This becomes a hindrance sometimes in women getting leadership positions. Again, with managerial positions comes greater responsibilities which can affect their work-life balance.

Fortunately, every problem comes with a bunch of solutions. It just needs a little bit of effort and choosing a different perspective. A woman strong enough can counter all these problems. No responsibilities can be more overwhelming than what Jacinda Ardern and Angela Merkel went through in the last few years. They are one of the very few international leaders who have been successful in curbing the spread of pandemic in their countries (New Zealand and Germany respectively).

The Guardian reports that over 50,000 women lose their jobs over maternity discrimination. This the time that most woman dread from their work perspective. Years of hard work seem to fade away because of this career break. Pregnancy discrimination can occur in various forms. Employers reducing a female employee’s pay, changing her benefits, refusing to promote her or forcing her to take time off (paid or unpaid) or peers commenting about her physical and medical conditions are few examples. Inflexible working hours also add to the misery of working women.

Bangalore-based JobsForHer works extensively with established companies  and startups to help women get back to work as well as attract and retain female talent.

One of the biases that plays against women when they are trying to return after a break is that they will have a steep learning curve and take more time to be productive. Spending some quality time, even a few hours per week, to stay updated and relevant will go a long way in interview performance and job performance. In today’s world, there are numerous ways to network and learn.

If you are a lady trying to get back to work after a break, please feel free to reach out to us at accelerate@ScriptMyCareer.com for free guidance and tips on interview preparation.